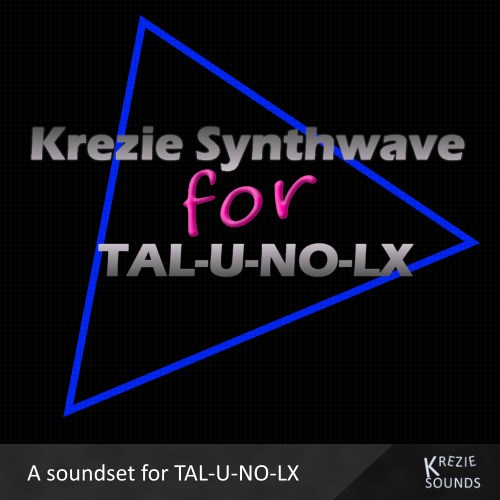 “Krezie Synthwave for TAL-U-NO-LX” is a collection of 145 quality presets for the TAL-U-NO-LX software synthesizer.

Being an emulation of the classic and iconic Juno-60 synthesizer from the early 1980’s, The TAL-U-NO-LX software synthesizer is a great synth for creating Synthwave style sounds. It just oozes with character.
Hence this soundset!

The sounds are most suited for Synthwave, Retrowave, Outrun and other synthesizer music styles rooted in the 1980’s. The set contains a coherent mix of vintage style bread and butter-, and more drifty sounds which will nicely find their place in your mix.